How to think like a criminal to catch one. It's getting harder, as fraudsters change tactics and become more sophisticated.

How big is the problem?

Businesses, you have a one in two chance of being a financial crime victim.

55% of publicly listed companies have become a victim of financial crime in their global operations over the last 12 months.

Do you know how far the rot has spread and how to stop it?

The damage done by financial crime extends beyond businesses to government, economies and individuals.

The giveaway guide that explains how accounting, commercial and legal issues intertwine in a forensic assignment.

What Forensic Accountants Do

Forensic accountants examine data to determine where missing money has gone and how to recover it.

We investigate fraud and other financial misrepresentation to help lawyers prosecute criminals and resolve financial disputes. These include:

A forensic accountant identifies the person, purpose and profit in a financial crime.

The Important Role of Forensic Accountants in Dispute Resolution

In spite of the above statistics, auditors rarely find fraud. That is because audits are not designed to detect and stop fraud. Auditors explain if financial information is fairly presented. And if internal controls are in place.

To stop fraud, you need a forensic accountant. The term was first used in 1946 by Maurice Peloubet, who wished to recognize the celebrated Internal Revenue Service Special Agent Frank J. Wilson. Frank contributed to the prosecution of  Chicago mobster Al Capone in 1931.

Fraud is increasingly hard to detect as financial crime increases in sophistication and complexity. Before we explain why, let us start at the beginning. And that is to explain what constitutes fraud.

Fraud refers to the use of intentional deception for monetary or financial gain. These crimes involve deceit, subterfuge or the abuse of a position of trust, which distinguishes them from common theft or robbery. The purpose is to gain something of value, usually money, by misleading or deceiving someone into believing something that the perpetrator knows to be false. 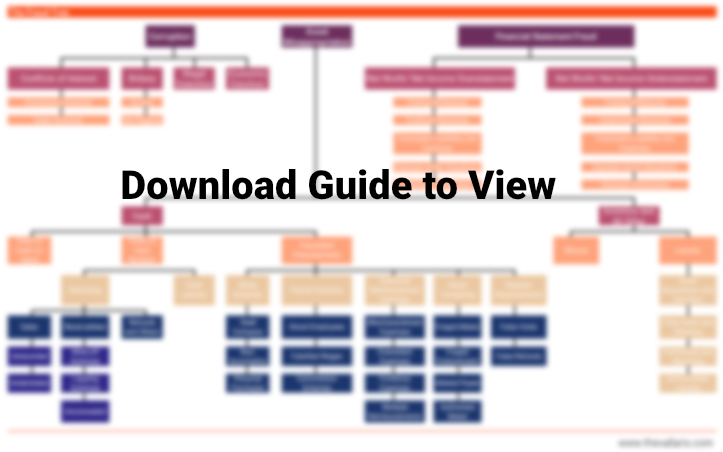 Corrupt acts have the following features:

In a conflict of interest, an employee of authority is likely to exert influence for personal gain that detrimentally affects the company in various ways such as production operation, and partnership etc. It might not be in direct money that the employee received but rather it could be in the form of undisclosed personal benefit. For example, an employee submitted an expense claim and the financial manager approved it since they are friends, though the financial manager did not gain financial benefit he maintained his friendship with the employee.

Bribery is the act of offering or accepting something of value in exchange for influence or power associated with position or employment. Bribery can take the form of gifts or payments in exchange for favourable treatments, e.g. award of a government contract.

Bribery can happen many areas of influence. An example is when a government officer accepts cash in exchange for influencing an award of contract. The project owner may then pay a project engineer in return for the engineer refraining from signing off on a payment certificate or granting an extension of time to a contractor.

Extortion is the opposite of bribery. Money is asked for by other parties instead offered in order to secure a particular outcome. For instance, a supplier does not offer a bribe to a customer’s employee to seal a deal. The employee, however, demands money for his personal gain.

Asset misappropriation occurs when people entrusted to manage an organization’s assets steal it instead. If the person is an employee, this fraudulent act is known as insider fraud. This type of fraud can be committed by company directors, employees or anyone entrust to hold and manage the interests of an organization. Fraud can extend to include company data and intellectual property.

Asset misappropriation occurs as either common theft or one of the following:

For instance, insider fraud involving theft of products is likely to be detected only when the firm conducts an inventory count. A small drop in inventory count is unusually not easy to identify in a large firm. This creates an easy loophole for employees to steal. If the theft results in a big difference in inventory, the perpetrator may adjust the inventory balance accordingly. This is done so to avoid signs of misstatement on that the financial statements.

Embezzlement occurs when an individual steals money or property that he or she has been entrusted to manage.

For example, an employee uses company petty cash to gamble or buy personal property without authorization.

Financial statement fraud undermines the reliability, quality, transparency and integrity of the financial reporting process. It also jeopardizes the integrity and objectivity of the auditing process. Lastly, it makes capital markets less efficient by diminishing confidence. This in turn adversely affects a nation’s economic growth and prosperity. It will also destroy the careers of those involved.

The Prevalence of Fraud

Fraud is theft. Fraud has become quite common by way of email, phone calls and social media campaigns. Sophisticated thieves have designed emails that look like government or corporate emails. This makes it quite difficult to find out which email is real and which is false.

In many cases, the above offences overlap, and a fraudulent transaction may result in the commission of several offences. For example, bribery normally involves a degree of fraud. A bribe paid to win a contract will normally be concealed by some fraudulent act (e.g. false documentation) with the aim that the contract appears from the outside to have been won on a genuine arms-length basis.

Embezzlement will normally involve an element of fraud, as well as an abuse of power.

Opportunistic one-off frauds, if not detected and addressed, can become systemic and spread throughout an organization, creating a culture of theft and fraud. When this happens, fraudsters think their actions are acceptable and fail to make the distinction between company funds and their own funds. Apart from the direct impact of lost funds, fraud can also impact on an organization’s staff morale and reputation.

What Does Forensic Accounting Involve?

Forensic accounting involves the application of:

Forensic accounting describes the engagement type. It involves the process carrying out forensic investigation, including preparing an expert’s report or witness statement, and potentially acting as an expert witness in legal proceedings.

Forensic investigation is a part of a forensic accounting engagement. Forensic investigation is the process of gathering evidence so that the expert’s report or witness statement can be prepared. It includes forensic auditing, but incorporates a much broader range of investigative techniques, such as interviewing witnesses and suspects, imaging or recovering computer files including emails, physical searches of premises etc.

Forensic auditing is the application of traditional auditing procedures and techniques to gather evidence as part of the forensic investigation.

Forensic engagements are based upon agreed procedures. They do not involve the provision of any assurance opinion as the role of forensic accountants is to review the appropriate amount of loss.

How Do You Conduct a Forensic Investigation?

A rigorous forensic investigation methodology and investigation process is vital to create evidence that is accepted by a court or tribunal. A general purpose forensic accounting framework comprises six steps:

Why Should I Engage Forensic Accounting Services?

The most common reasons clients requests Forensic Accounting services include:

The role of an expert witness is different from what we commonly know from the television drama of witness in court proceedings. Most other witnesses are known as ‘witness of fact’, they are the people who can only provide statements and evidence on what they knew based on what is seen, did or heard regarding an incident. Importantly, their opinions are not to be taken into consideration in court as a piece of evidence which expert witnesses can. An expert witness is a person qualified to testify in the area of his/her professional, skill and education. The opinion given by him/her is then considered being accepted by the judge as an expert and are specifically called up to give their expert opinion on the matter.

It is important to note that not all Forensic Accounting engagements require evidence submission to the court. It is more common that forensic engagement only requires a report for the client’s own purpose. However, if a financial crime is involved the chance of court evidence required is higher, in such case VALLARIS’ expert witnesses are well trained in this area and will be able to represent our client.

How VALLARIS Can Help

Designating forensic experts at an early stage is important to detect and stop financial crime before it spreads like cancer. VALLARIS’ experience in fraud investigation reveals consistent and clear patterns and behaviours in fraud schemes and the impact of each scheme type. We can help you with senior management briefings, evaluate the scope of vulnerabilities and exposure, and provide crucial guidance to help you update your policies and procedures.

Heal reputation damage and recover economic value through forensic accounting. Contact VALLARIS to find out how.

Request a private consultation. Discover how you can Make Your Move™.