Value Powered by Assets You Can’t See or Touch

Facebook paid USD22 billion for WhatsApp in 2014, when WhatsApp’s 2013 operating loss totalled USD138.1 million¹. These losses ballooned to USD232.5 million by June 2014². This is the story of how the founders of WhatsApp built a unicorn.

The deal was by far Facebook’s largest, bigger than any that Google, Microsoft or Apple has ever inked. The deal was not without its detractors, who worried that Facebook and other technology companies was starting to become overzealous in their pursuit of new products and services. People whispered that Facebook had paid too much for the deal, and that the size of a deal reminded them of a bubble. Facebook had paid USD1 billion for Instagram in 2012³.

Mark Zuckerberg released a statement that explained that his intention was to ‘connect everyone in the world4. Here’s the question though: How does he intend to make money from WhatsApp when the service was generally free? And in some places only costs $1 a year5?

Mark clarified that his priority was to focus on growth, and that “once we get to being a service with 1 billion, 2 billion, 3 billion people, there are many clear ways that we can monetize.” Even then, Mark ruled out ads as a right way to monetize messaging. On this point he was on the same page as WhatsApp founders Brian Acton and Jim Koum. 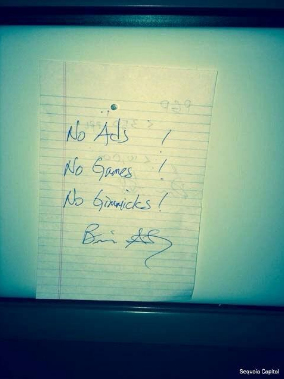 That meant keeping WhatsApp free to delay making money off WhatsApp to ensure it becomes the dominant mobile messenger around the world. Putting a dollar price tag on the app could drive users to competitors that are free to download, like WeChat, Kik, KakaoTalk, and Line. Speed of growth would be key6. That strategy would be prescient. 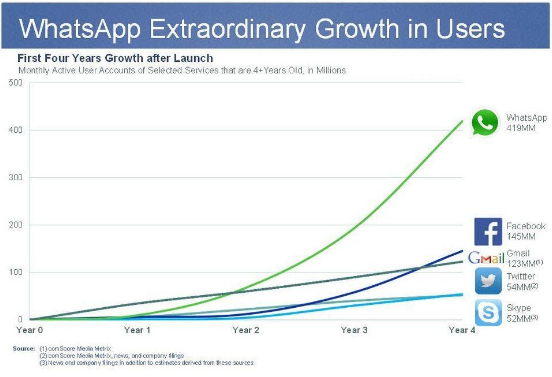 In the four years since its founding, WhatsApp had outpaced Facebook in user growth. Facebook wrote the cheque because they understood that WhatsApp has completely transformed personal communications, which was previously dominated by the world’s largest wireless carriers. WhatsApp allows users to bypass telecom charges for messaging and was set to become a valuable worldwide communication network. 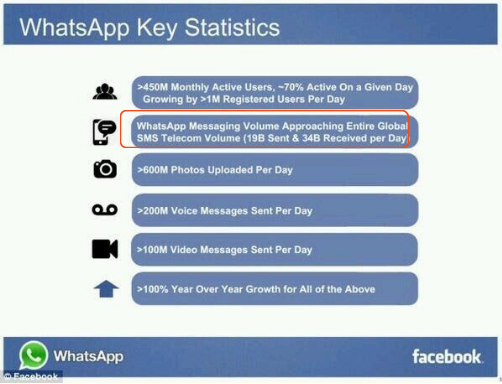 Mark noted that “WhatsApp is the only widely used app we’ve ever seen that has more engagement and a higher per cent of people using it daily than Facebook itself7“. 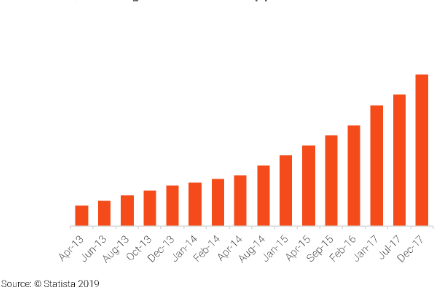 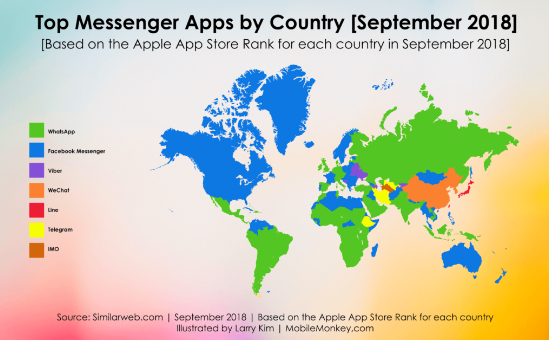 But the question remains: why Facebook would spend so much on something not earning much money? 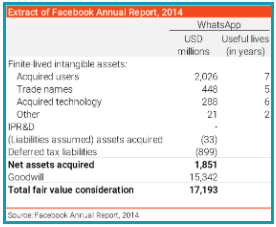 A breakdown of Facebook’s USD17.2 billion consideration for the messaging app shows that it viewed a majority of WhatsApp’s value to come from goodwill; which is accounting parlance for “We are willing to pay an eye-watering premium, but we can’t tell you what it’s for”. What’s more telling was the USD2.0 billion paid for WhatsApp’s user base; $0.5 billion for its brand value; and $0.3 billion for its technology.

Going down the rabbit hole would be a lot more fruitful if we focused on the second largest component of the initial bid – the acquired users. Things also start to make a lot more sense when we reference user acquisition costs to estimate deal value. 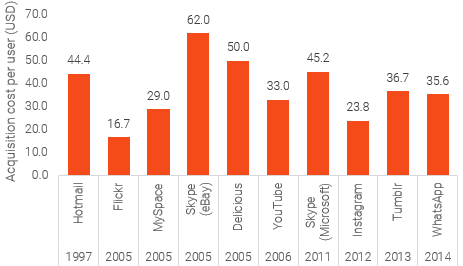 Facebook paid USD35.6 per acquired user, far lower than the USD62.0 eBay paid for Skype almost a decade before. Facebook had probably pushed up the price after they offered Snapchat USD3 billion in 2013 and were rebuffered. Twice. The second time was when Mark Zuckerberg reportedly approached Snap Inc. founder Evan Spiegel again in 20168. At 400 million users in November 20139, that would have implied USD7.5 per acquired Snapchat user.

Fast forward to July 2019, and Mark had foretold the future. 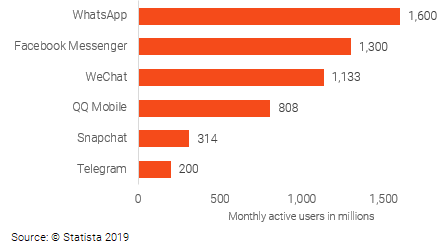 WhatsApp and Facebook Messenger are growing at approximately twice as fast as Facebook in 2019 (+30% YoY). Currently, WhatsApp has the highest distribution of all messaging apps worldwide. If you combine all the existing apps of the Facebook Universe, there are only 10 countries in the world where the messenger market leader is not from the Facebook dynasty10.

Why is all this attention important to Facebook? For one, there are many things that consumers now refuse to spend their money on. No spending means no business revenue. 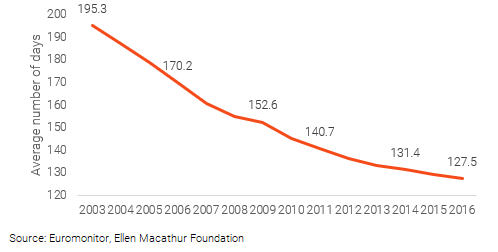 For example, renting rather than buying clothes will become the future of fashion12. 9% of UK shoppers admit to buying clothing only to take a photo for social media, and after the ‘outfit for the day’ makes it online, consumers return it to the store13. To been seen wearing the same clothes or carrying the same designer handbag on Instagram more than once would be to commit the ultimate faux pas.

As a result, brands will be forced to shift to an audience-centric approach to stay in the game. But how can one do that if you do not have the attention of your audience? If you are not able to listen in on their conversations and what matters to them? And that’s why it is so important to get in front of your online audience.

When Facebook acquired Whatsapp for USD19 billion, Mark Zuckerberg knew exactly what he was doing. He was paying for gold. Attention and data are the new gold. Data monetization is the new game. And customer acquisition is the starting line.

This is part 1 of 2. Part 2 explains 7 Secrets Maximize Business Value. In the meantime, if you have questions on fundraising, please feel free to email ask@thevallaris.com.

More On This Topic